The Siddha System of Medicine (Traditional Indian System of medicine), which has been prevalent in the Indian subcontinent, Tibet and China is the foremost of all other medical systems in the world. Its origin goes back to B.C 10,000 to B.C 4,000.

As per the textual and archaeological evidences which indicate the remote antiquity of the Dravidian civilization of the erstwhile submerged land Kumarikandam, that is the Lemuria continent situated in the Indian ocean, the Siddha System of Medicine is contemporaneous with those of the submerged lands Egyptian, Chinese, Mesopotamian and Grecian medicines.

The uniqueness of Siddha System is evident by its continuous service to the humanity for more than 5000 years in combating diseases and also in maintaining its physical, mental and moral health while many of its contemporaries had become extinct long ago.

The roots of the ancient Siddha System are intertwined with the mythology and culture of the ancient Tamil civilization that existed in the southernmost tip of the Indian peninsula, predating much of recorded history.

As per KonganavarVathaKaviyam 3000 (An alchemical literature of siddha Konganavar belongs to 3rd Century) the origin of Siddha is attributed to the first siddha Siva, who wrote 300,000 versus of siddha book who is supposed to have handed it down to his consort Parvathi (Shakthi), who in turn passed on the sacred knowledge to Nandi, from whom it was transmitted to the first of "Siddhars".

Siddha is a Tamil word derived from "siddhi" -- attaining perfection in life or heavenly bliss.The system is said to have emerged in antiquity, from the highly evolved consciousness of the Siddhars. The clarified intellect and heightened intuition of the Siddhars, resulting from their yogic powers, enabled them to explore the world around them and exploit its natural resources for the sake of humanity.

Their findings on the characteristics of plants, metals, minerals and animal products and their knowledge of the properties of drugs, its purification, processing, fixing dosage, toxicity, antidote and clinical application, were preserved in the form of verses for the use of the posterity.

This unique legacy was bequeathed to select disciples or "chidas" by word of mouth. It is believed that there was a line of 18 siddhars, with Agasthya being the foremost and a large portion of Siddha lore is credited to him. With time, this oral tradition was transcribed on palm leaf manuscripts that now serve as the major repository of the knowledge.

They were human beings with super conscious who possessed the 32nd level of conscious (Eesathuvam). They were the greatest scientists of ancient times and were the guardians of the world and they existed, and still exist, for the benefit of the public at large. They were men of great knowledge and wisdom. They had full awareness of the nature and activities of all the objects in this planet and of all times-past, present and future.

Siddha is a comprehensive system that places equal emphasis on the body, mind and spirit and strives to restore the innate harmony of the individual. Treatment is aimed at restoring balance to the mind-body system. Diet and lifestyle play a major role not only in maintaining health but also in curing diseases. This concept of the Siddha medicine is termed as pathiam and apathiam, which is essentially a list of do's and don'ts.

The diagnostic methodology in Siddha treatment is unique as it is made purely on the basis of the clinical acumen of the physician. The pulse, skin, tongue, complexion, speech, eye, stools and urine are examined. This approach is collectively known as "Eight types of examination"; and among the eight, the examination of pulse is very important in confirming the diagnosis. 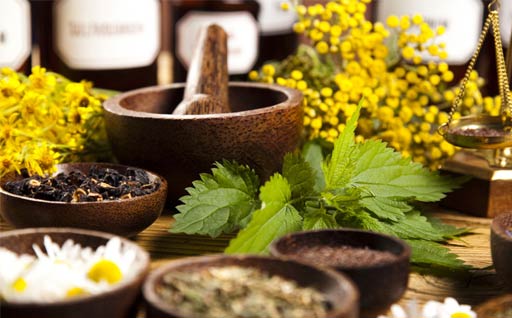 The therapeutic treatment in Siddha could be further categorized into Purgative therapy, Emetic therapy, Fasting therapy, Steam therapy, Oleation therapy, Physical therapy, Solar therapy, Blood letting therapy and Yogatherapy. There is also a branch of the traditional science that deals with traumatology and accidental injuries called Varma. This is based on the notion of more than 100 vital points that are junctions of bones, tendons, ligaments, blood vessels and nerves called Varma points. Pranic energy is found circulated through these points which, upon manipulation, produce curative effect.

Siddha system has enormous pharmacopoeia containing vegetable, animal and mineral products and treatment techniques consisting in use of 32 types of internal medicines and 32 types of external medicines, application of heat and cold, ointments, potions and poultice, bloodletting, counter irritation, bath, suction, manipulative processes such as thokkanam, varma, yoga and concentration on hygiene and diet (pathiam), periodical use of purgatives and emetics, use of drugs which include, apart from herbs, preparations from metals and minerals such as copper, silver, gold, lead and preparations from products of animal origin such as leg, liver, bones, blood, skull, horns of various animals, tissues of reptiles and also Kayakalpa to prevent or postpone greying of hair, formation of wrinkles and ageing, prevention or treatment of diseases, and postponement of death (to any desired length of time).Some empirical treatment techniques under the guise of magic exorcism, incantation, pilgrimage, peregrinations, mountaineering and similar activities have also been in practice since ages.

Siddha medicines may be roughly divided into three classes:- (i) Miracle medicines, (ii) Sophisticated medicines and (iii) Common medicines. Miracle medicines are becoming rare and should be learnt directly from the masters who, having undergone all forms of initiation and hazards of apprenticeship, have reached perfection in all respects. Sophisticated medicines may be prepared as per the guidance siddha science and used by the well trained physicians without much risk. Common medicines are most simple and economical ones which were in wide use till the beginning of the 20th century and are still in use in remote rural areas of our country.

The Siddhars have evolved a special technique for attaining spiritual awakening by rousing, with yoga techniques like aasana, praanaayaama and dhyaana (meditation), the Kundalini shakthi (Serpent power) lying dormant at the base of the spinal column in the region of the sacral plexus. Only by caring for his mortal inheritance, man is able to arrive at the realization of his highest potentialities. By working in unison with theology and philosophy, Siddha medicine aids bringing to maturity the quiescent gem of immortal divine being in his mortal body.

The Siddha system of education in ancient India was not imparted or organized on the scale of mass education like schools and colleges, but the ideal of education was to treat it as a secret and sacred process, for the reason that the process of an individual growth (especially the inner growth) can only be achieved by a close and constant touch between the teacher and the taught in their personal relationship from which the whole world was excluded.

The teaching was imparted in the form of verses, many of them in ambiguous language and handed down to the posterity by the guru-sishya (teacher-disciple) tradition. The sacred medicines and techniques were taught only to a close circle of disciples and this trend continued to exist till recently.

Siddha education has turned into a mass institutional education around the middle of the 20th Century and has been catering to the needs of the public. Developments in academic side and also in scientific research have been coming up. A scientific research of available Siddha literature may bring us precious truths, methods of preparation of miracle medicines of mineral, vegetable and animal origin and this would be a valuable contribution to the medical world today.

In addition to the literature written in palm leaf manuscripts etc., there are many valuable medicines and treatment techniques in practice. Steps are being taken by the government for collecting, screening, analysing and codifying the available manuscripts, printed books, traditional recipes, medical secrets and many other things found scattered in disciplines and activities seemingly unconnected with medicine.

There has been a resurgence of traditional medical systems the world over, based on the holistic nature of their approach to healing. The efficacy of indigenous systems has been proved in various contexts. They tend to use locally available, cost effective materials for treatment. Hence, the Siddha system which also has strong cultural and historical bonds with the people of Tamil Nadu - 605101 is becoming increasingly relevant.